PR Disasters and How Brands Handled Them

From the violent United Airlines snafu to Pepsi’s tone-deaf gaffe, this year has been rife with bizarre blunders that’s the stuff of every public relations agency’s nightmares. While it’s true that these types of crises happen all the time, thanks to social media, the landscape has changed. The impact of these missteps have been amplified to a level never seen before. Now, they happen more often and with much greater potential for damage, as seen from Pepsi and United’s recent stock drops. If you thought traditional media was good at negative publicity, you really ought to see what social media backlash can do to an erring brand. 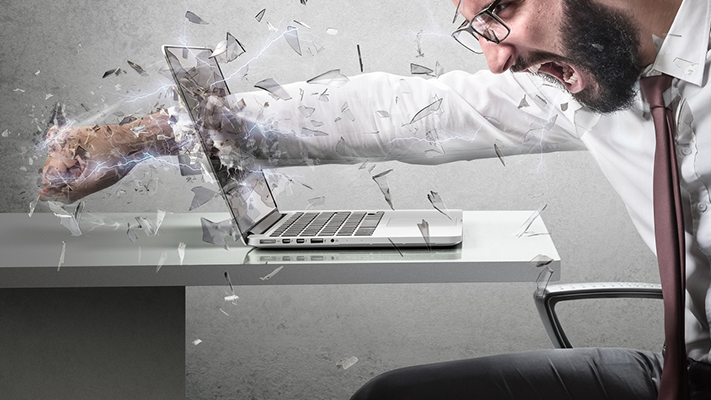 I’ll be honest, I would really hate to be the PR person who had to handle any of these crazy catastrophes and I feel bad for the spin doctors on duty picking up after the mess. On the other hand, I find that such blunders have a silver lining in the form of valuable lessons that we can apply for when we find ourselves in a similar situation–and believe me, we will. We are all just one misstep away from a full-blown PR crisis. It’s bound to happen at some point, which is why it’s important to learn from these mistakes and make sure not to repeat them.

Here are our crisis management lessons we were able to take away from some of the biggest PR gaffes in recent memory:

Pepsi has been savaged non-stop on social media in recent months because of their Kendall Jenner ad. The soda giant tried to jump on the bandwagon of social justice movements like #BlackLivesMatter for their ad, but instead trivialised them beyond recognition.

The affronting video, which featured the privileged caucasian celebrity halting a riot with a can of Pepsi was deemed by critics as utterly insensitive and tone-deaf. People were quick to say that the blunder was “easily avoidable.” But then again, aren’t all mistakes easy to avoid in hindsight?

Sure, we could say that if only Pepsi had implemented the proper screening processes they could have prevented such a slip up from happening in the first place. But the truth is, they probably did run the idea through a gauntlet of (albeit self-affirming) people, and they all dropped the ball anyway. Oversight and mistakes happen to the best of us. It doesn’t matter how many processes you have, you just can’t prevent every single blunder from happening. 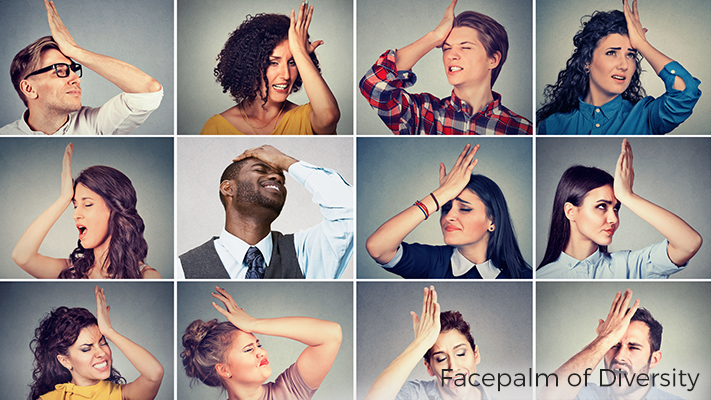 Take a proactive approach instead and create a well-thought out action plan before a PR crisis even exists. Not only can it buy you some valuable time to think about your next move, but having one also helps your team from descending into chaos. These may seem trivial, but take note that an action plan will improve your reaction time, one of the most important factors in crisis management. A crisis manager’s mantra: Speed is key.

Steps you can take in a similar situation: Build a strong network of key social media influencers that you can tap to back you up and steer public view. Reach out to crisis management experts to help create an organised system for snafus to help improve your reaction time.

Did you know that people who have a tendency to apologise, even for things they can’t control, are scientifically more likeable? According to a Harvard study, apologetic people are not only more appealing, they also tend to be more persuasive, but only if the apology was delivered sincerely, or at the very least tactfully. A fact that could have saved United Airlines from losing millions after their worst PR disaster in recent history (this one occurred a week after their last PR crisis). Watch the video of the violent incident here. The airline’s biggest mistake wasn’t that it violently removed an Asian physician named David Dao off an overbooked flight for their staff (it’s an incident that actually happens quite often). No, the mistake was that they failed to do one thing: deliver a sincere apology. It was a costly blunder, at one point causing United stocks to drop by 6.3% – a whopping $1.4 billion value. 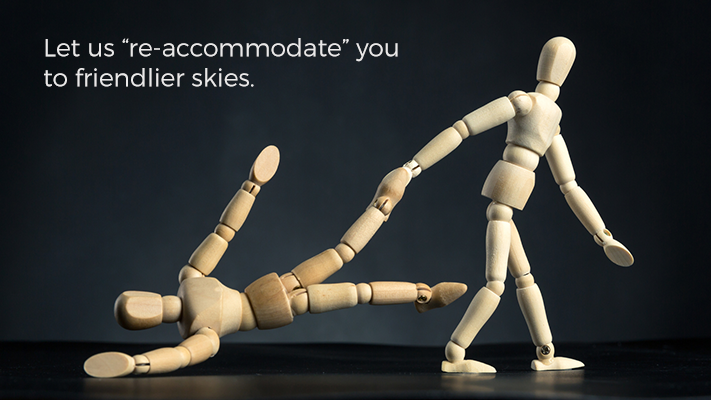 At the height of social media backlash, United Airlines CEO, Oscar Munoz quickly released a statement apologising for “re-accommodating” passengers from the overbooked flight but failed to mention anything about busting the lip and nose of a paying customer. To make matters worse, they started flinging mud at Dr. Dao calling his actions “disruptive and belligerent.” Here’s a pro tip: never pick a fight with the guy that your customers empathize with. In other words, never blame the victim. After further backlash from Munoz’ non-apology apology, the CEO soon backtracked and tried to make it right by trying his best to emulate human emotions and saying sorry, but it was way too late for that.

That’s the thing with PR situations like these, you only have one shot at making an apology so you better make it a good one. And by good, I mean your draft better make me feel like it was written by a relatable human being and not a terminator in a flesh suit.

Steps you can take in a similar situation: Apologize swiftly, but remember that you only have one shot. Make it count. Don’t blame the victim, ever. Be relatable or even vulnerable, the goal is to get public sympathy. Don’t use industry jargon. Try to earn back your customers’ trust.

In an attempt to buy back their customers’ trust, United Airlines is now offering up to $10,000 for passengers willing to give up their seats on an overbooked flight, yikes!

You can’t make a list about public image crises without mentioning Uber. The brand is just synonymous with bad PR. This is primarily because while the ride-hailing app boasts an outstanding business model, it also has an uncanny tendency to shoot itself in the foot. Nevertheless, Uber has proven so formidable that it has been able to weather storms that would leave other brands crippled. From sexism in the workplace, outrage over CEO Travis Kalanick’s leaked video arguing with a driver, to the recent criminal probe over their Greyball app, Uber’s PR team has had their work cut out for them. Especially considering all of these incidents happened within this year.

Uber is not one to shy away from bad publicity, and that’s the problem. One PR misstep can lead to another. The media, in this case both traditional and social, will be breathing down your neck trying to uncover more negative stories about you. Because once your brand goes under public scrutiny, you should consider that you’re already fighting a war, and it’s going to take more than an apology to salvage your public image. Consider a prompt counter offensive and hug your haters. Go on a warpath of goodwill and take a proactive approach to share positive stories about your brand. The best way to bury negative news is with positive headlines. 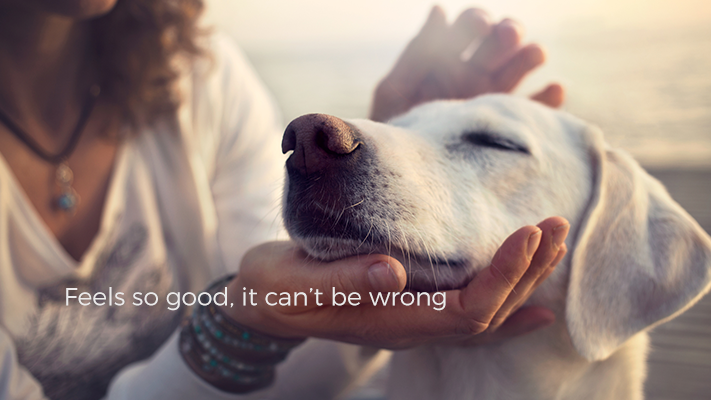 Steps you can take in a similar situation: Expect to be targeted and make a positive preemptive strike. Put an emphasis on goodwill marketing. If possible, try to launch an innovation worthy of praise. Try to weather out the storm.

Crisis management is all about communicating effectively. Want to steer the negative publicity to a more positive light? Then you better figure out how to speak with your audience openly, transparently and as humanely as you can. Some of the best examples of properly managed PR crises were done with these ideas in mind. When Shea Moisture slipped up with their campaign by using mostly caucasian models on their ads while toting to be the go-to brand for women of colour, they received intense backlash with some even calling for a boycott. Shea Moisture, however, was able to sway some of their fans by pulling the ad instantly and delivering a very human and relatable response: “We really f—ed this one up.” 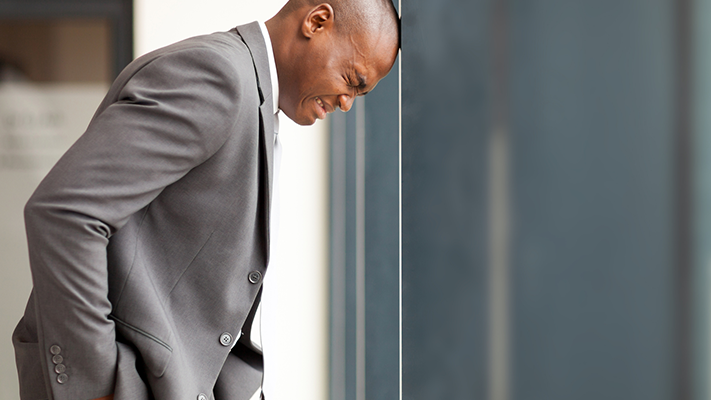 Steps you can take in a similar situation: Just be human. It’s okay to be vulnerable that’s relatable. Take the hit but do it gracefully. Try to be as transparent as you can, at the very least, your customers will know that you do care about what they think. You can take this a step up and give your audience updates on how you’re fixing the problem so that it never happens again.

Rocky Sunico
on May 12, 2017
Living Life on a Tightrope: Being an Account Manager We've Moved!