The Next Step of Facebook’s Evolution

F8 Conference Day 2 Round Up (AI, VR and Terragraph) 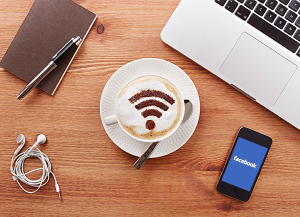 Facebook has just concluded the second half of its annual F8 global developers conference. Unlike the first day of the event which centered more on showcasing new features for the social network and the Messenger app, however, day 2 was more developer-centric and focused more on the back-end. Despite this, there were some very interesting new developments that could have a more wide-ranging impact to users; namely, Artificial Intelligence (AI), Virtual Reality (VR) and a couple of projects that will help the internet take over the world.

VR: The Future of Social Interaction
One of the most exciting feature showcased during day 2 of the conference was a video demonstrating how Facebook is developing VR technology for social media. Though the tech still needs a bit of work, the concept of being able to create a virtual environment that’s fully-immersive and interactive would truly be an amazing feat. Imagine walking through a clothing store without leaving your house, or how about test driving your dream car without even standing up. The applications are virtually endless for marketers, publishers and users alike.

AI: It Can Sense You
As creepy as this may sound, AI that can predict what users want is actually beneficial to people who use any application that has that capability. In fact, it’s one of the factors causing Facebook’s steadily growing number of active users. A key element powering the social network’s Newsfeed is its insanely powerful AI system. It’s capable of making around 6 million predictions per second across its entire platform just to provide you with 10 to 15 stories chosen from thousands that it thinks will resonate most with you.

If you think that’s impressive, well Facebook’s not done yet. Striving to take AI to the next level, the social network’s Applied Machine Learning team is now conducting 50 times more experiments per day than they were a year ago. These efforts are meant to help them determine the capacity of the technology in various areas and how it can help improve the user’s experience.

Some things that the team is aiming to improve on include:

Internet Connectivity for Everyone
Facebook also detailed their efforts to drastically improve network connectivity for everyone, including people in remote areas. They are striving to do this by developing two terrestrial systems called “Terragraph, a wireless system for dense urban areas; and ARIES, a proof-of-concept research project to provide wide-coverage connectivity to areas with low population density.” Partnered with the social network’s other connective endeavors like Aquila Drone planes and laser technology, then it becomes much easier to see how Facebook CEO, Mark Zuckerberg, plans on reaching his goal of having 5 billion users by 2030.

Updates for Reactive Native Framework
Great news for developers, as Facebook has gotten support from Microsoft and Samsung to bring React Native to Windows 10 and Tizen. What this means is that developers now have the ability to use the system to write apps for devices running either operating servers. In addition to this, the social network also announced that they will be releasing a special React Native SDK to help simplify the process of integrating Facebook’s top features inside React Native’s apps.

That’s it from this year’s F8 Conference. Facebook has certainly given us a lot of exciting new features to play with and the Hashtag Interactive team is just dying to get their hands on them and try them out. So, let us know which new features got your attention and we’ll do what we do best — provide you with an awesome, innovative digital marketing campaign. Drop us a line here and let’s hash it out.